Why You Need a Family Law Attorney

In divorce, or paternity/child custody cases, the law favors the involvement of both parents in their children's lives. The rules that favored one parent being named the primary custodian and the other parent being named the visiting parent, has evolved. Parents will need to see if they can agree as to how parenting time is to be divided. If parents cannot agree, the judge will determine where the children live and how the children's residence might be with both parents.  In order to get the child custody and visitation rights you desire, it is imperative to have the guidance of a proficient Family Law attorney. For over 35 years, Gordon N. Shayne has provided his clients the legal advice and guidance they need to pursue their legal goals. He is committed to helping you achieve a satisfying and effective child custody visitation arrangement. Remember, Fathers have equal rights under the law the same as mothers, to parent their children.

The law states that it is in the best interest of the child to maintain a relationship with both parents. This is why co-parenting with an agreed upon parenting plan is usually the norm. However, parents may dispute legal custody arrangements in order to win sole custody, or where they have the legal authority to make decisions on behalf of the child. Factors that can affect a parent's ability to win sole physical custody include: 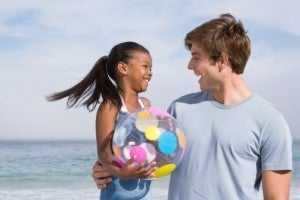 It may be possible to achieve visitation rights even if a parent does not have any custodial rights. The law in this area also does not discriminate based upon the gender of a parent. This means fathers have the same parenting rights as mothers. Therefore, a parent's rights to have equal custody and equal parenting responsibilities should be decided strictly by the facts in any given case. In hundreds of contested custody cases, Gordon N. Shayne has been successful in fighting for both fathers and mothers, consistent with the intent of the law. Mr. Shayne specializes in child custody and visitation and can help you resolve a variety of pre and post-decree child custody arrangements.

Child Custody Visitation Modifications: There might come a time in the child custody and visitation process when a parenting plan or agreement should be modified. This process may be as complicated as determining the original child custody agreement. Gordon N. Shayne provides effective legal guidance and assistance in all pre and post-decree modifications of child custody visitation.

Military Child Custody Visitation Modifications: Fernandina Beach, FL family courts recognize the effects military deployment and employment have on child welfare. Currently, child custody arrangements have special procedures before, during, and after deployment. Additionally, the Stepparents of a deployed parent may have rights as well. Gordon N. Shayne can help you modify a visitation agreement to meet the unique demands of your current military status.

Call Gordon N. Shayne for FREE* consultation and get the legal advice you need to resolve your Florida child custody dispute.

Thank you for contacting us. We will get back to you shortly.

Please complete all required fields below.