Can I Modify A Child Support Agreement In Colorado? 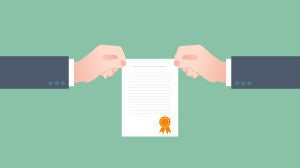 One of the features of child support law allows for modification is found in Colorado Revised Statute 14-10-122. That part of the law says that if there's been a change in your financial circumstances, or that of the other party, either party can file a motion to modify child support. Somebody gets a new job. Somebody's been laid off for an extended period of time. Somebody's going back to college, back to school. Those are all kinds of critical facts that may lead to the modification of child support.

Child support also is modified where a child has been emancipated. An example of emancipation can be that a son or daughter has entered military service. Or, a case that I had just recently, a 18 year old moved out before turning age 19, when child support would normally terminate. This 18 year old said, “I'm going to go live with my buddies up in Fort Collins. Mom and dad, see you later. I'm out of here.” That is called emancipation, the same as entering military service. It would mean that child support cuts off at that moment, and that gives you the right to file a motion to modify child support.

Thank you for contacting us. We will get back to you shortly.

Please complete all required fields below.